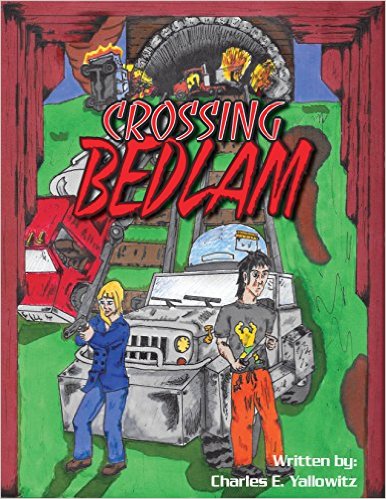 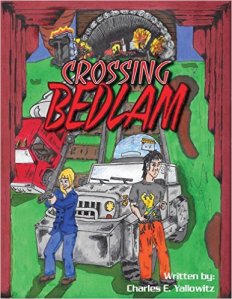 The United States of America has been crippled. Violently contained by a global military force and left without its leaders, the country has become shattered and chaotic. A decade has passed since the first strike and a new landscape has emerged where survival is more important than anything else. Who will uncover the truth behind the attack and revive this once great nation?

It certainly won’t be Cassidy and Lloyd since they couldn’t care less about that stuff. She is a young woman on a mission to honor her mother’s dying wish, which is to toss her ashes off the Golden Gate Bridge. He is an infamous serial killer she broke out of Rikers Island since hiring a bodyguard wasn’t working out. Not the perfect plan, but having an insane, oddly charming murder-junkie on your side is a plus in the Shattered States.

Bullets and swear words are going to fly as Cassidy and Lloyd travel coast to coast, facing one challenge after another . . . including Nebraska.

I read one or two sneak previews from Crossing Bedlam on Charles’ site, and learned about Lloyd and Cassidy through candid posts regarding his progress on the novel, so I was excited about the release. I was not disappointed.

The action starts immediately, and we find out exactly what kind of woman Cassidy is; the lengths she’ll go to complete her mission, and the impact a changing world has on her personality. The novel is full of the unexpected. When Cassidy decides to gather a dream team, protectors in a journey across the Shattered States, she chooses the unlikeliest of members – violent inmates. This introduction is hilarious, and again, gives the reader a telling first impression of Lloyd. He is a scary (funny) killer, with wit sharp enough to do the killing, and a tendency to break the fourth wall – a fact I particularly enjoyed.

As Lloyd and Cassidy embark on their crazy adventure, they meet a cast of memorable and certainly colourful characters along the way. The action is non stop – kidnappings, snipers with itchy trigger fingers, a few serious mind trips, and a negotiation or two – if it can happen it does.

One of the things I enjoyed most about the adventure is the friendship that builds between Lloyd and Cassidy, and the fact they balance each other out – give the other a purpose. They make great partners. Both are complex, and develop during the story. Both are hilarious in their own way, which provides comic relief in intense circumstances.

I don’t know if it has anything to do with Lloyd’s tendency to break the fourth wall, but it is so easy to imagine them living out their next adventure, travelling together and facing the next challenge. I hope we haven’t seen the last of them.