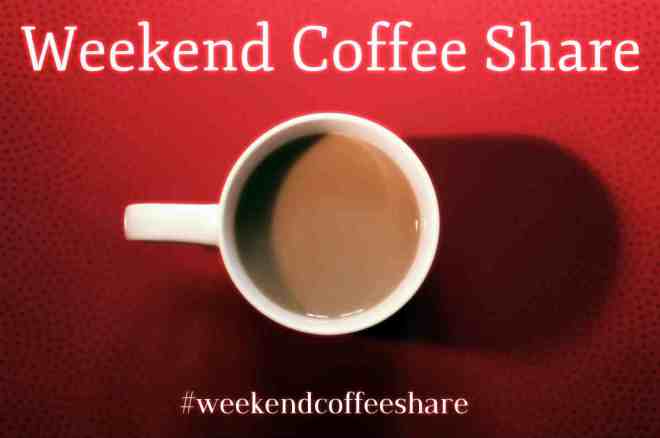 If we were having coffee I would tell you about my little adventure last night; sweating beneath a spotlight, on a stage in front of a few hundred people, in a room where the acoustics were so bad I couldn’t even hear myself think! After ten years of interpreting I fell for the oldest line in the book ‘it’s just a small presentation.’ Famous last words. You would think I’d learn, think that when I discovered the event was in a theatre I might put two and two together and come up with a reasonable scenario. But no. I was still optimistic as I pushed to the front, and saw the chair stage left.

The hope died when the director for the evening clutched my elbow and whispered ‘we saved you a seat!’ Of course I’m used to such events. I just like to be prepared, and to dress for the part. On stage it’s better to wear black, and though my blouse and trousers were the correct colour, my cardigan choice made me stand out like a beacon on a cloudy day. It kind of matched the colour rising in my cheeks for a few seconds there.

If we were having coffee I would tell you that things settled down, and I forgot all about the audience, my attire, my lack of preparation, and concentrated on the job. That was until the presenter decided to have a little fun at my expense. He dragged out the old faulty microphone trick which, granted, can be funny if done right, but it’s a gag about sound – it does not translate well for a Deaf audience!

Then, to top it all off, a well known guest was introduced to the stage. And when I say well known, I mean known to the audience. I had no idea who he was, which caused a problem because the microphone quit halfway through the introduction and this time it wasn’t a trick. Several thoughts went through my mind at once;  ‘You’re trained for this stuff,’ ‘Stall,’ ‘Get somebody’s attention’, ‘Run!’ Luckily I made eye contact with someone in the audience, someone I did know, someone who is an expert at reading facial expressions. With a grin, to make me sweat a little more (as if the lights weren’t enough), he finger-spelt the guest’s name. I had to trust he wasn’t making it up (he is somewhat of a practical joker). Based on the blank expressions when I repeated the name, they either didn’t know him either, didn’t care, or were momentarily blinded by the glare of my cardigan (damn lights).

If we were having coffee, and I’d caught me up on your news, I would tell you that Conny from Study. Read. Write. tagged me in a ‘Would You Rather’ Book Tag. When I mentioned I wanted to share my answers with you, I would judge from your expression that I’d better make it quick. You would, of course, be extremely impressed that I kept my answers succinct. In fact it’s a good thing you’re sitting down!

Would you rather only read male or female authors?

Would you rather shop at Barnes and Noble or Amazon?

Would you rather books were made into TV shows or movies?

Would you rather read only 5 pages per day or 5 books per week?

Would you rather be a professional author or reviewer?

Would you rather be a librarian or a bookseller?

Would you rather read only your favorite genre, or every other genre but your favourite?

Every genre but my favourite.

Would you rather only read ebooks or physical books?

If we were having coffee we would no doubt explore those questions further and I would open up the game to whoever wants to take part. Then, as our time had run out, we would head over to Diana’s place, our gracious host for the Weekend Coffee Share.

Have a great weekend.