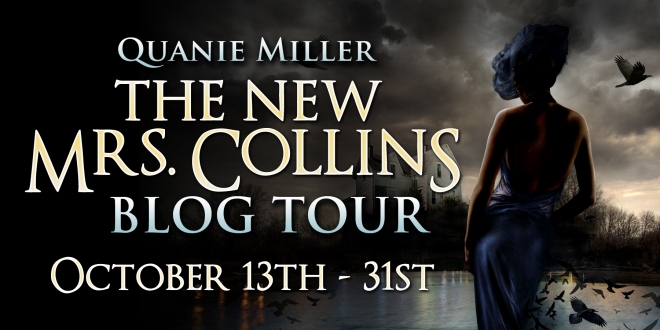 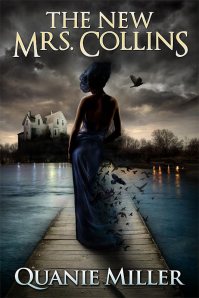 In the small town of Carolville, Louisiana, no one knows that Adira Collins inherited mystic powers from her great grandmother. All they know is that she’s beautiful, poised, graceful, and ruthless—especially when it comes to love. And no one knows that more than Leena Williams, who was all set to marry the man of her dreams until Adira swooped into town and stole the man’s heart.

Being left at the altar is bad enough, but Leena and her ex share custody of their son, so she has to see the new Mrs. Collins on a regular basis.

And it burns every time she does.

But soon, Leena starts to suspect that there is more to Adira Collins than meets the eye. And it’s not because she owns some kinky lingerie shop or allegedly insulted the pastor’s wife—it’s the strange way she can make a door close without touching it, or take one look at something and make it drop dead at her feet.

Leena starts digging for answers and soon discovers that, unlike her public persona, Adira’s true nature is somewhere on the other side of grace. She also learns, a little too late, that some secrets are better left buried.

Sister Jenkins looked around Leticia’s house and found a can of gasoline in the garage. She grabbed a pack of matches from a utility drawer, and without saying a single word, walked out of that house and headed towards Auburn Lane. It was night when she finally got there. When she looked back, she noticed that the other women had followed her. She poured the gasoline liberally onto the grass and lit the match. The fire was quick and lovely. Sister Jenkins stood there with the can of gasoline dangling from her pinky as she watched the fire waltz its way towards the Collins household.

It was not long before the door opened. Adira came out into the yard and fixed her gaze upon Sister Jenkins and the other women before turning her attention to the flames. Sister Jenkins backed away and was just about to tell the other women to do the same when something extraordinary happened: Adira stuck out one finger and the fire formed a single line. She wrapped it around her forefinger and, like a lasso, whipped it back out and sent it chasing after the women who stood in front of her home. It was not until Willemena screamed that her foot was on fire that they realized what was actually happening and fled from there with the fire licking at their heels. By the time the police came and arrested them for arson, Butter Bean complained that her scalp was now itching so badly that she begged the police officers to please, for the love of God, shoot her in the head. 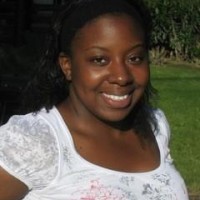 Quanie Miller grew up in New Iberia, Louisiana. She fell in love with reading at an early age and spent most of her time at the Iberia Parish Library discovering authors like R.L. Stine and Christopher Pike (she was often found walking back home from the library with a stack of books that went up to her chin). She holds degrees from Louisiana State University and San Jose State University. She has been the recipient of the James Phelan Literary Award, the Louis King Thore Scholarship, the BEA Student Scriptwriting Award, and the Vicki Hudson Emerging Writing Prize. She is the author of The New Mrs. Collins, a southern paranormal novel, and It Ain’t Easy Being Jazzy, a romantic comedy. She lives in South Carolina with her husband and is currently, as always, working on another novel. To find out more about Quanie and her works in progress visit quanietalkswriting.com.

2 thoughts on “The New Mrs. Collins by Quanie Miller”