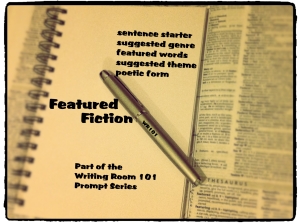 The scream pierced the cold night air and echoed around the park, coating Helen in humiliation when she realised it was just a cat in her path.

She was out after curfew, jumping at every shadow, and cursing herself for her stupidity.

Her heart pounded every time she thought of the recent murders. Blandford was a quiet, rural town; nightmares like this one were for movies or in the deepest corners of sleep.

A sound behind her had the scream building again. She spun towards it and clamped a hand over her mouth.

Someone was out there, someone who had the ability to rip their victims’ limb from limb. If her only defence was a scream, she was screwed.

“Where’ve you been?” David demanded as he stepped into view. “You should have been home hours ago.”

Helen knew her mother must be worried sick, hence the cavalry. David was her shadow; her best friend.

“I told you I was going to the library,” she said, looking to his left at the Healy twins. They gave her the creeps, had done since they’d moved next door.

“Let me guess,” David said grinning. “You feel asleep with your books again?”

Her eyes flicked to Jerome, at least she thought it was Jerome; she’d never been able to tell them apart.

His expression was almost gleeful.

“I wonder if anyone else heard the scream?” he said, and his voice was breathy with excitement.

Helen’s brow creased in confusion. It didn’t matter she’d mixed the twins up. It only mattered they had never looked more menacing.

A twig snapped, making her jump and clutch at David’s arm.

They all turned at the same time, searching out the origin of the new sound.

A man stepped hesitantly onto the path. “Everything okay here?” he asked, relaxing a little at the sight of the teenagers.

Nobody spoke for a moment. Helen watched the stranger edge forward and couldn’t help feel a sense of dread.

It prickled down her spine, making her shiver.

“Do you want to see something really cool?” Stuart whispered and his eyes were predatory. So cold and dark they didn’t look human.

David’s mouth flapped open and closed as though trying to form words that wouldn’t come.

But Helen’s eyes were drawn to the twins, they were circling the stranger, their body language like jungle cats waiting to pounce.

She frowned when they each took one of his arms, straining to hear the mumbled words; whether they spoke to him or each other, she couldn’t be sure.

“RUN!” David shouted and grabbed hold of her hand.

Her own throat had closed, paralysed with a fear so great it was impossible to squeeze a sound through her vocal cords.

If David hadn’t dragged her with him as he darted through the trees, she would have seen, rather than heard, the horror behind her.

It wasn’t the ripping sound, or the agonised scream from the man who’d stopped to help, it was the guttural noises coming from the twins. They sounded like animals tearing into their prey.

Helen tried so hard to block out the sounds, but she couldn’t.  Her legs were unstable as she ran and she tripped more than once. Then her heart began to beat so fast it was the only thing she could hear. A powerful drum beat in her ears. It only scared her more because she had no idea what was behind her, or how far away.

“Don’t look back,” David panted, pulling her onto the road ahead of the park.

She felt a wave of relief when she saw the police car and started towards it automatically.

Her arm vibrated with tension as she felt the resistance. David was pulling her in the opposite direction.

“NO!” he shouted, pulling her so hard he almost yanked her arm from its socket.

It was then she saw the blood. It was smeared across the windscreen, led in a trail down the road, and she didn’t want to think about what she would find if they followed it.

She dropped to her knees and vomited into the street.

David tried to pull her back up, but the heaving wouldn’t stop.

Her breath came out on a sob, but she managed to pull herself to her feet.

“You missed the show,” one of the twins shouted behind her and felt terror race up her spine.

Without thinking she set off running. This time she took the lead, pulling David with her as she headed towards the houses on the corner of Jubilee Park.

She heard the twins behind her, taunting her, like it was all just a game.

Her only thought was on the green door she saw directly in front of them. If she could get to help, they had a chance.

She stumbled as she ran up the three short steps and David’s hand slipped out of hers.

It didn’t deter her. They were almost out of time, she could practically feel the twins breathing down their necks.

She fell against the door, pounding her fists against it. “Help. Please. We need help,” she croaked, her throat so dry the words were barely more than a whisper.

“They can’t help us,” David said behind her.

It was the tone of his voice that had her turning. He wasn’t facing her. He was looking at the twins.

She felt bile rise and swallowed it back down. The pair were covered in blood, like they’d bathed in it.

“Why don’t you tell her, David?” Stuart said, grinning. “Tell her what we are.”

Helen felt her body grow cold. There was a pit in her stomach, a dread she couldn’t escape from.

Her eyes fell to the back of David’s head. She couldn’t look away, even when he began to turn slowly on his heels. His face wasn’t the familiar one she’d known most of her life. It was different now; feral.

It pierced her heart and brought hot tears to her eyes.

“David?” she whispered, even knowing this was the real danger.

“Give me the word,” he said and the command in his voice was unmistakable. She’d always been drawn to the confidence in him.

For a moment she wasn’t sure what he meant. She couldn’t think.

“Do what you have to,” she said at last, but she didn’t know where the words came from.

He took a small step towards her. “Are you afraid?” he asked, almost gently.

Yes. She nodded her head, unable to speak past the lump in her throat.

With a small smile he turned again and moved on the twins.

Helen closed her eyes and stood listening to her greatest nightmare, and perhaps her only salvation.